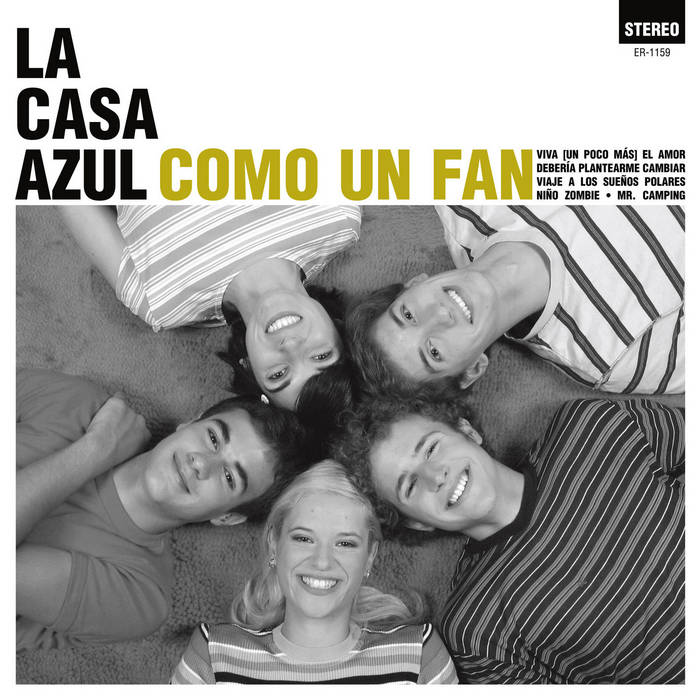 Good news for LA CASA AZUL fans and followers, here at Elefant we’re going to re-release one of their most looked-for releases, the single “Como Un Fan”, a four-song, CD-Single released in June, 2005. In honor of this special occasion, we’re going to release it as a limited-edition, 10” white vinyl with two extra songs that aren’t on the original release.

The original release of the single included, apart from the title track, one of the hymns of Guille Milkyway’s repertoire, taken from his album “Tan Simple Como El Amor”, two previously unreleased songs that so far have only been available on the original single, and which could stand alone on any of LA CASA AZUL’s albums. “Viva (Un Poco Más) El Amor” begins with that hypnotic vocal symphony inherited from Brian Wilson at his most inspired and gives way to a sunny, summery song, nourished and energetic as only our beloved Guille can do. “Debería Plantearme Cambiar” is one of those songs that shows Guille’s passion for Motown’s soul and doo-wop, with echoes of THE RONETTES and THE SUPREMES.

On the second side, three covers, each one more personal and striking that the last. The cover of FAMILY, “Viaje A Los Sueños Polares”, from the original version of the single, is an exercise in speedy J-pop, loaded with arrangements, but that still maintains the elegance and beauty of the original melodies and exercise that these days probably on Guille is capable of. “Niño Zombie”, originally by PARADE and which was not on the original version of the single (though it was released in 2010 on Annika’s compiliation “Your Wonderful Parade”), takes an unforgettable song into Northern Soul territory, colorfully and with delicacy, making it even more of a hit than it already was, if that’s even possible. And to wrap things up, also new on this re-release, is the revisioning of EL NIÑO GUSANO’s “Mr. Camping” (which was first released in 2004 on the Grabaciones En El Mar compilation “Pana, Pijama, Lana: Un tributo a El Niño Gusano”), taken into dance-music territory, along the lines of URSULA 1000, full of samples and hilarious sounds.

This new, impeccable release will be special for everyone who couldn’t get their hands on the original, which has been out of print for years! Enjoy!!!