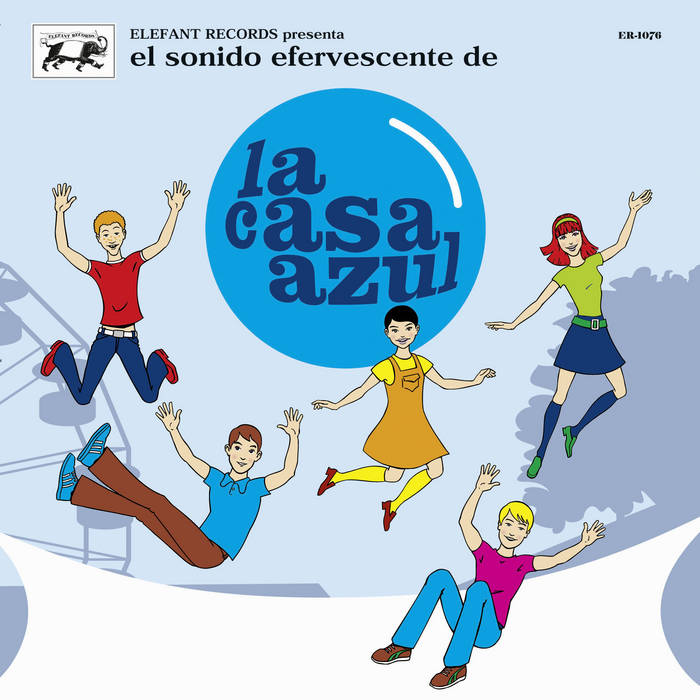 LA CASA AZUL (“The blue house”) is formed by Virginia, David, Sergio, Clara and Oscar. Five youngsters eager to make you a bit happier with their music. Composer and producer Guille Milkyway discovered them a year ago, when they were playing in a little venue in the Mediterranean coast. He was highly impressed by the incredibly sheer beauty they projected on stage; he had finally found the perfect band to play his songs, the one he had been looking for during such a long time. He managed to get them together on that same night in order to show them his sweet melodies; within less than five months LA CASA AZUL recorded their first mini-album in Elefant Records. An mini-album including six songs, wonderfully rendered, arranged and produced.

Bittersweet, happy/sad, delicate and vital songs; multicoloured, refreshing candies. That’s how the songs by LA CASA AZUL are. Songs that stay forever in your heart. It’s no wonder that after a single listening you find yourself humming them along, while going shopping, cooking dinner, studying, coming home from work, reading the paper or just walking along.

Like a “sunshine pop” band in the year 2000, LA CASA AZUL bring back the fizzy music left by American bubblegum bands in the late sixties, enriching that sound with sweet europop, hyperfast j-pop and melodic lines that could easily be used as a soundtrack for any old American sitcom. It’s easy to trace the inconditional love LA CASA AZUL and Guille Milkyway share for the works of Nick de Caro, Lenny Waronker, Gary Zeckley, Brian Wilson, Jeff Lynne, Tore Johannson or Jeff Barry in the high finish boasted by the six songs in this record.

The band members were seen in the studio playing assorted instruments such as French horn, mellotron, vibraphone, harpsichord, several guitars, flute, drums, several organs, a small wall piano, xylophone, bass, trombone and even a trumpet. Far from being too baroque, the result of all this derives in a delicate style, unique for its beauty and catchiness. The effervescent sound of LA CASA AZUL.