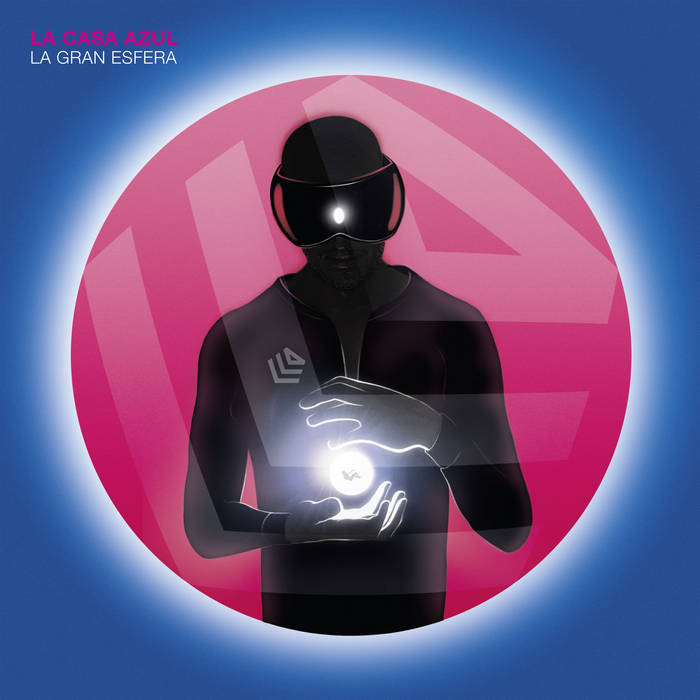 We have been waiting impatiently for new songs from LA CASA AZUL to arrive. And it clearly wasn’t going to be an easy album. After having reached larger audiences, after having reached mainstream levels with their independent proposal, far from what the mainstream was used to, after having been heard both in small independent festivals as well as the return of Operación Triunfo, after having remixed Camilo Sesto’s “Vivir Así Es Morir De Amor” or having masterfully reconstructed and reinvented Nino Bravo’s whole album. From composing and producing FANGORIA’s latest hits, from writing songs for TV shows and movies, from being a judge on the talent show “Oh Happy Day” on TV3 or the teacher in the Operación Triunfo academy, from continuing with radio collaborations, from writing for different media, from writing and producing five songs for the children’s cartoon show “PINY: Instituto de Nueva York” (which Ali Howard of LUCKY SOUL sings on), from winning a Goya with a rumba, from DJing in the most important clubs in the country or making the latest version of “Sálvame” (made popular in Spain by Bibi Andersen in 1980) to headline the popular show on Tele 5. There have been so many things, and with so much variety, and above all they have all been created from the most independent spirit with the deepest love of music, that Guille Milkyway can be defined as unique and incomparable, and “La Gran Esfera” will be the album that confirmed this, the definitive emergence, eternity.

And the thing is this album needs to be analyzed from two very different angles. First, that of an artist whose discourse faces the facts of time, who maintains his spacey dreams, but whose lyrics are being weighed down with disappointment, reality and the failure of mankind, the pessimism that was hidden in the escapism we saw in “La Polinesia Meridional”. But there is also the angle of an author who is a relentless music lover, an infallible machine for mixing influences, and who takes an unheard of step forward on this new album, crossing boundaries that few have dared to touch: the line that separates commercial music from independent music, a frontier that has so many preconceptions around it that many artists have been forced to go around it without ever being able to look back. On “La Gran Esfera”, Guille Milkyway knocks the wall down, playing with a million references, current and past, greatest hits and underground, tracks for the dance floor and tracks to break our hearts. You can hear hints of LAS AVES, Etienne Daho, Donna Summer, BOY PABLO, THE BEACH BOYS, VIDEO AGE, ROOSEVELT, ROBOTAKI, BLOSSOMS, THE GO! TEAM and ELO. And all of this without losing even a drop of his own personality.

We already heard that statement of intent that was “Podría Ser Peor”, the anguish of “A T A R A X I A”, with Guille’s touch for giving new “urban” sounds flourishes of melody, of pop, of love, of sensuality… The highly danceable elegance of “El Momento” (the song included on the first episode of “Elite”, the hit Netflix show) or the trance of “Nunca Nadie Pudo Volar”. Four advances that were immediate hits and classics in the repertoire of LA CASA AZUL as soon as they were released, and moreover, four songs that multiplied by a thousand the excitement that was accumulating for the arrival of “La Gran Esfera”.

“El Final Del Amor Eterno” is excitement and resignation; that contrast between sad lyrics and euphoric music that we go crazy for, and this album is a genuine master in the art of this combination. “El Colapso Gravitacional” is a very twenty-first century ELO song that connects the ELECTRIC LIGHT ORCHESTRA of the 80s, of “Twilight” or “Secret Messages”, with the sound and production of today, and the electronic pop from France from the last decade. “Ivy Mike” is an R’n’B hit, it’s erotic trap, it’s a surprising mix of A$ap Rocky, Barry White, Frank Ocean and SUPERFURRY ANIMALS, and it is probably the cause of the Arctic thaw.

“Hasta Perder El Control” is proof that Guille perfectly remembers where he comes from: soul, fast-paced pop, bubblegum... LA CASA AZUL in the midst of the twenty-first century, running through all its musical references but giving them touches of contemporaneity in the sound, with breaks that mix urban and trap with a rush toward a totally classic chorus. And we definitely cannot forget about those winds inherited from THE STYLE COUNCIL. Can anyone come up with a label for all of this? “Saturno (Todo Vuela)” sounds like Beck, like HELEN LOVE, like SUNDARA KARMA, like CIRCA WAVES, like THE VACCINES, like euro-disco that makes you move, like RAMONES, like an intergalactic party.

“Gran Esfera” closes the album on a high note, the musical connection with “La Niña Mas Hermosa”, the song that closed “La Polinesia Meridional”, the classic endings of LA CASA AZUL that are based on the productions of Phil Spector, the sweetness of THE RONETTES, the melodic grandiosity of THE BEACH BOYS and all of that seasoned with MAC DEMARCO or HER'S, with the epic tones of FOXYGEN or the dream-pop of BEACH HOUSE.

Because… What is “La Gran Esfera”? Is it the awareness of a painful existence? The bittersweet celebration of a planet full of life and pain? A planetary vision of the human condition? We would need a lot more time and space to read into this more deeply, to analyze all the directions this complex, multifaceted album points toward, while still being highly danceable, without any concessions to the mid-tempo, addictive and catchy, like LA CASA AZUL’s best trademark work. That’s where its difficulty lies. That’s where we can begin to decipher the challenge, the incredible proposal that Guille Milkyway brings to the table. Are you ready to look inside “La Gran Esfera”?