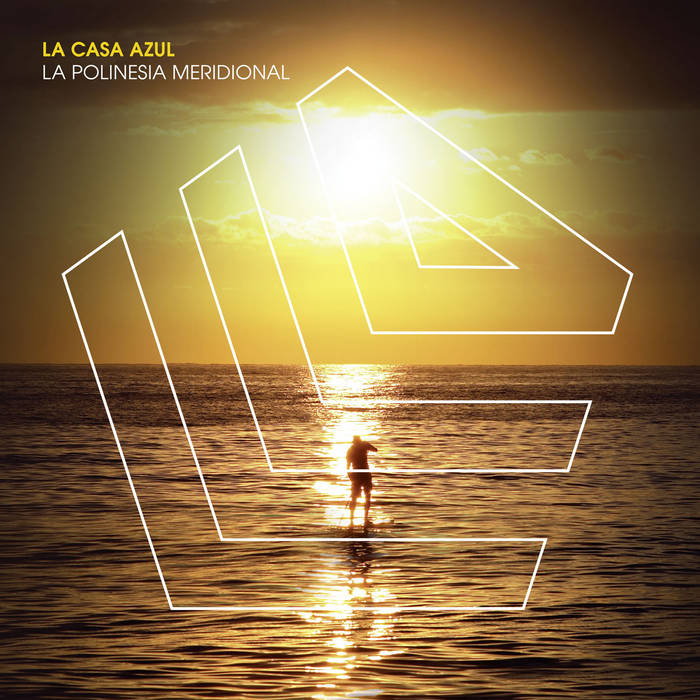 One of the biggest musical influences from the 70s was, undoubtedly, disco music, and the spirit of the clubs and the escapist concept of the weekend it came with. A hard week of work finished on the dance floor, whereyou’re your problems disappeared and everything became an explosion of melodies, colors, love and a feeling of true freedom. Dancing to a pop song is like floating on air, feeling how the melody moves through your heart and irradiates a dose of pleasure that spreads through your entire body at light speed. Music in the clubs has changed a lot since then and a lot of people want to get the melody back on the dance floor.

LA CASA AZUL is back with a huge collection of songs that will feed and light up the dance floors of half the planet, as well as the hearts of the group’s thousands of fans and followers who are spread out over all 7 continents. Guille Milkyway’s new songs give proof of a love equally divided between Phil Spector, Norman Harris, ELO, THE JESUS AND MARY CHAIN, PIZZICATO FIVE, the RAMONES and THE STYLE COUNCIL.

LA CASA AZUL’s musical universe is a continuous time travelling; “La Polinesia Meridional”, which packs in all of Guille Milkyway’s tastes, can sound totally classic, in the time-period sense of the word, as well as absolutely modern and ground-breaking. The album is a huge explosion of sounds and influences from so many different periods and styles, unprejudiced and exuberant in every way. The melodic elements of the album become the true protagonists over everything else. Despite having more complex structures than ever before, with layers and layers of sound, of distortion, of absolute noise, of multiple arrangements and general baroque stylings, what makes the songs on “La Polinesia Meridional” stand out is precisely their melodic components and the small details that form the songs. TEENAGE FANCLUB’s “Hang on” could be a clear example of how noise can be much more moving because a brilliant melody lives right alongside it.

“La Polinesia Meridional” bursts with love for melodies, declares and demands the essence of pop above all else; the songs are hummable, close to us, and captivatingly popular. It is more and more difficult to define, talk about or try to explain how LA CASA AZUL’s songs are; they have created such a specific universe with such a singular and characteristic sound, but that are always so close to us and to our day-to-day lives that it messes up any theory or definition and reduces everything to one word: accessible. Accessible songs that captivate, seduce and enchant. It is, without a doubt, their best work and, musically, the songs speak for themselves and show off the great talent that Guille possesses and how fascinating his universe is.

This ode to escapism, expressed at its full potential on the album’s title track, is also better proof than ever of the contrasts between the content and the form. The songs’ lyrics are full of disillusionment, suffering, fear… but, musically, the album feels more colourful and explosive than ever in every way: the choruses, orchestration, arrangements, production… The healing effects of LA CASA AZUL’s songs arise from that singular combination.

“La Polinesia Meridional” is a magical album on which Guille shows himself to be more transparent than ever. It is a work that manifests its disorientation in the face of the unstoppable passing of time (“¿Qué Se Siente Al Ser Tan Joven?”) and in the face of a world in a state of decline, a system that is falling apart in a hostile and decadent environment (“Sálvese Quien Pueda”, “Europa Superstar”). The lyrics, effectively, express certain pessimism and high levels of resignation before the downfall, but even so, throughout the album, flecks of optimism can be seen (“La Fiesta Universal”, “Los Chicos Hoy Saltarán A La Pista”, “Una Mañana”, “La Niña Más Hermosa”) with the return to simplicity and beauty and the consequences of holding on to love as the only way of maintaining a lively attitude in the face of reality.

This album talks a lot about suffering and the inability to get over that suffering (“Sucumbir”, “Colisión Inminente”, “Terry, Peter Y Yo”). Many of the songs are like screams of rage and helplessness, screams that try to be captivating and, above all, beautiful. Guille’s emotional exhibitionism in the songs’ lyrics is much greater on this album than on any other song before now, but the language he uses throughout tries to be closer to us and simpler than ever.

“La Polinesia Meridional” will have a limited-edition first release on CD in a space format that comes from another world – the already known “Edición Espacial” (the Space Edition) for the album. The “Edición Retrospectiva” (the Retrospective Edition) will also go on sale on the 28th, as a limited-edition 12” vinyl that will include a free digital download. Once these special editions have run out, the “Edición Terrestre” (the Earth Edition) will arrive, in a standard Digipack.